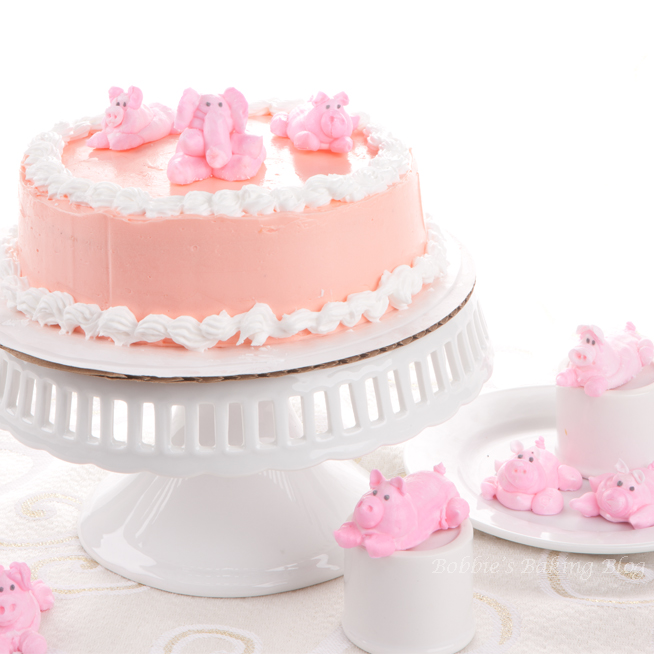 On Thursday, February 4th, DF’s product team planned a baby shower for one of their colleagues, Stephanie.  They asked DF if Sydney and I would bake some special treats. Unbeknownst to the team, Stephanie had her weekly doctor’s exam as they sent a company e-mail to all. DF was out of town and assumed someone would let Sydney or I know.  DF’s product team assumed DF would tell us the shower was postponed to February 15th. Luckily we had not frosted nor decorated the cakes and was able to use the cake for another project (we did however still need to design two baby shower cakes for Stephanie’s baby shower).

I thought it would be adorable to pipe royal icing baby animals with a rope border. Sydney picked piglets and elephants for the animals. Now we just needed to decided on the type of cake, filling, and frosting. I was truly pleased with a white champagne génoise cake, we baked for a good friend of Sydney’s. We substituted sparkling white grape juice for champagne. I also wanted to try an egg yolk Italian buttercream instead of egg white buttercream. 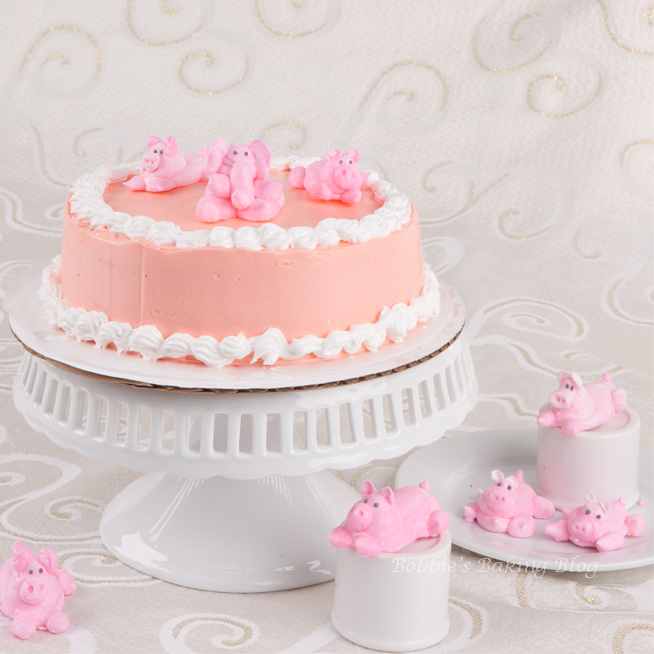 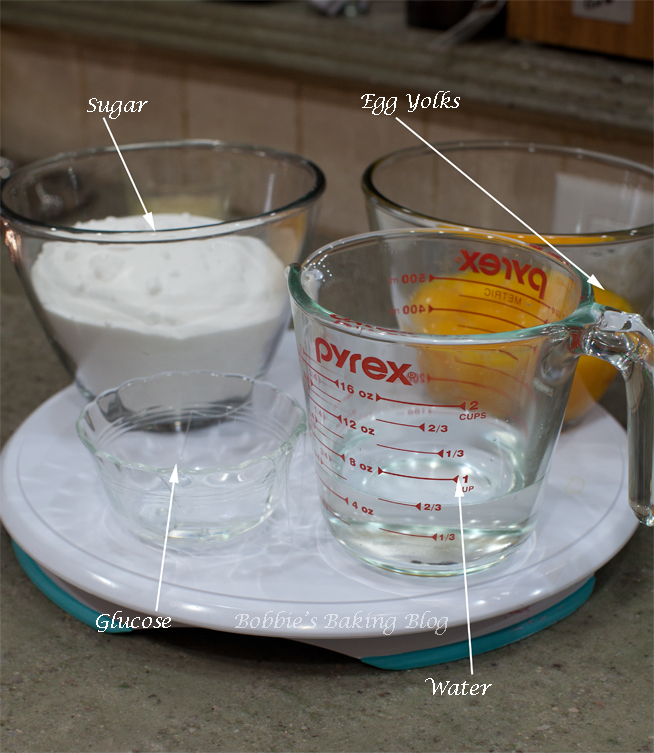 In a sugar pot or heavy bottom pan add the water, sugar,  and glucose slowly bring to a boil. Bring the syrup to 124 degrees C/240 degrees F. 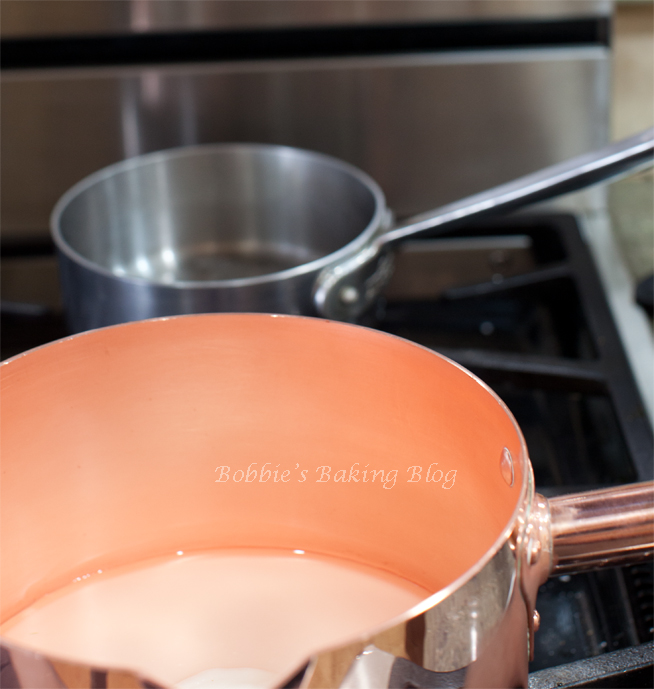 Corn syrup can be substituted for glucose

In a bowl of an standing mixer, with the whisk attachment, add the egg yolks and  slowly start mixing, increase the speed to medium. 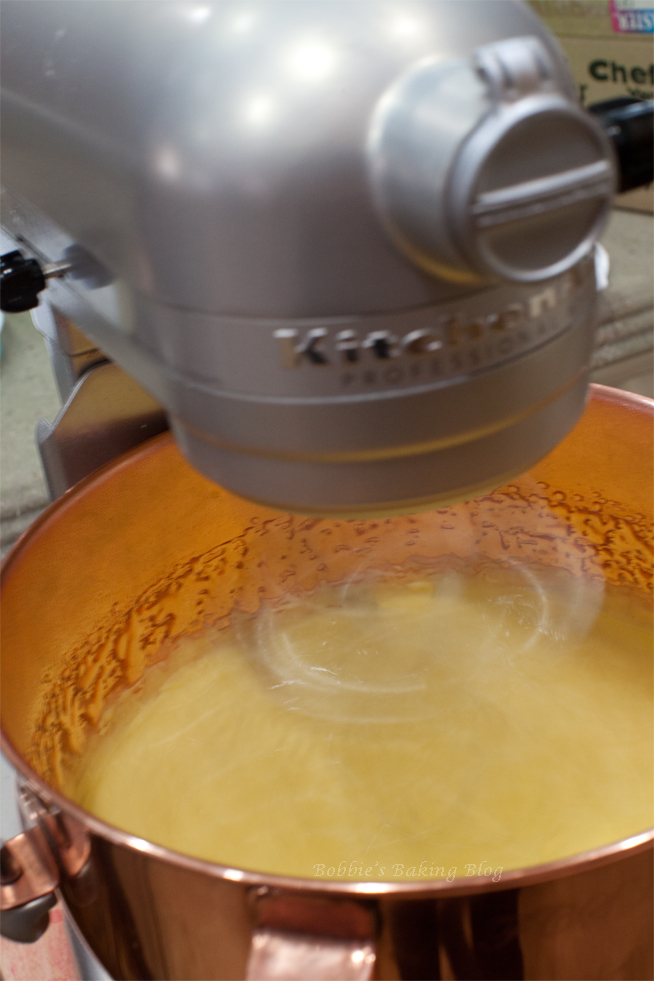 Slowly in a thin stream add the syrup; whip the egg yolk mixer till double in size, and pale yellow. Cool. 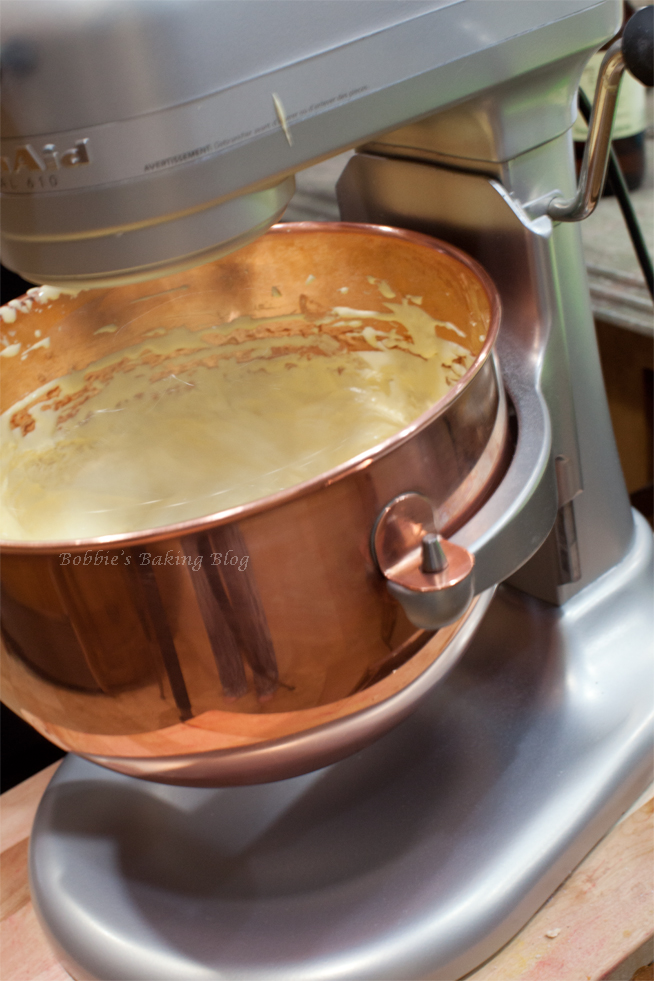 Once the mixer  and the egg yolk/syrup has cooled begin adding the butter 1-Tablespoon at a time. 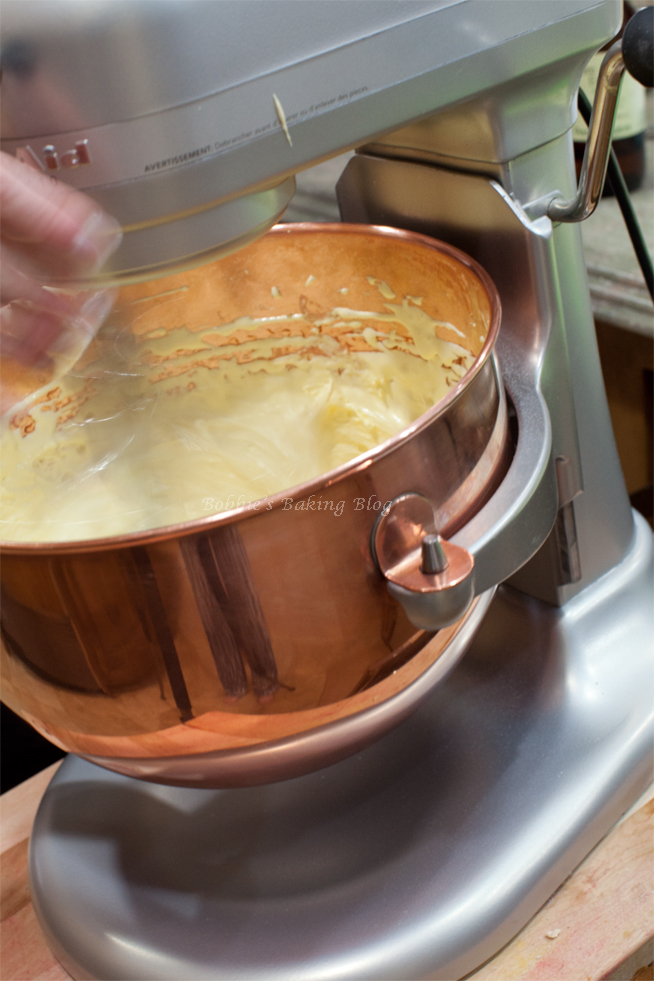 The mixture will break and than turn into buttercream

Frost the cake with a crumb coat. 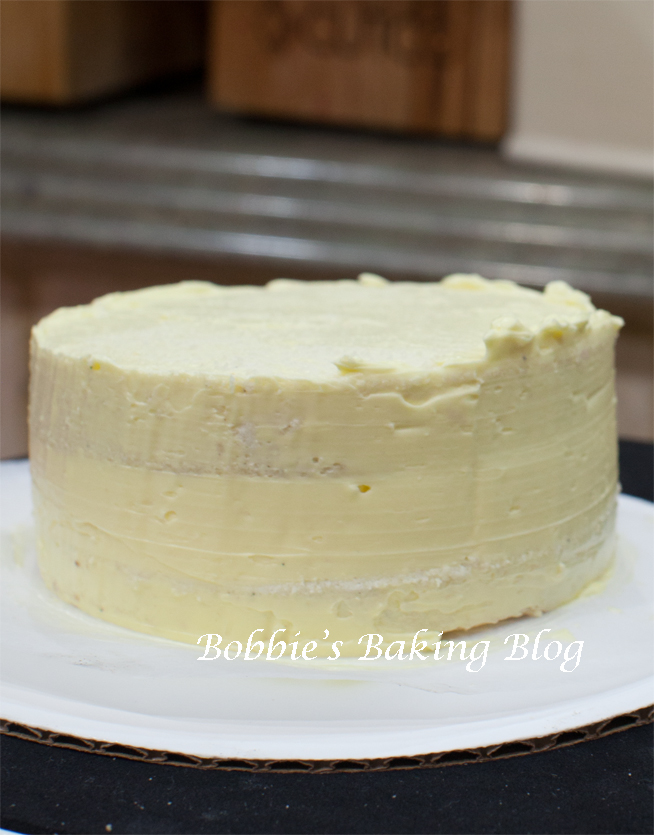 I leave the yellow color for crumb coat 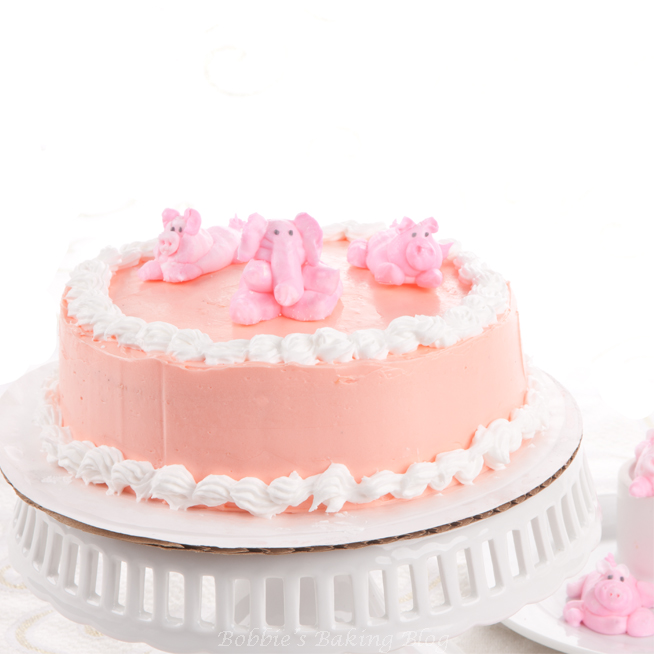