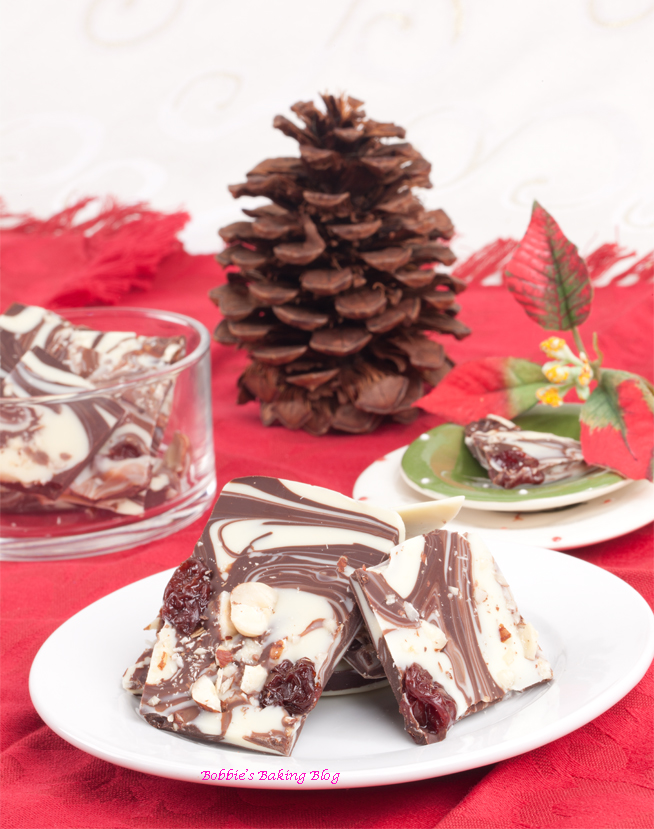 I love the look of the marbling

The story of Chanukah is “according to tradition as recorded in the Talmud, at the time of the rededication, there was very little oil left that had not been refiled by the Greeks. Oil was needed for the Menorah (candelabrum) in the Temple, which was supposed to burn throughout the night every night. There was only enough oil to burn for one day, yet miraculously, it burned for eight days, the time needed to prepare a fresh supply of oil for the menorah. An eight day festival was declared to commemorate this miracle. Note that the holiday commemorates the miracle of the oil, not the military victory: Jews do not glorify war.”

Chanukkah is probably one of the best known Jewish holidays, not because of any great religious significance, but because of its proximity to Christmas. Many non-Jews (and even many assimilated Jews!) think of this holiday as the Jewish Christmas, adopting many of the Christmas customs, such as elaborate gift-giving and decoration. Children play with a dreidel, which is a top with a point and four sides lettered in hebrew. A child spins the dreidel. If it lands on Nun, nothing happens; on Gimel (or, as we called it as kids, “gimme!”), you get the whole pot; on Hei, you get half of the pot; and on Shin, you put one in. When the pot is empty, everybody puts one in. Keep playing until one child has everything.

Although potato latkes are served during festive celebrations I thought marbled bark with hazelnuts would be a perfect dessert to bring to the hostess/host. 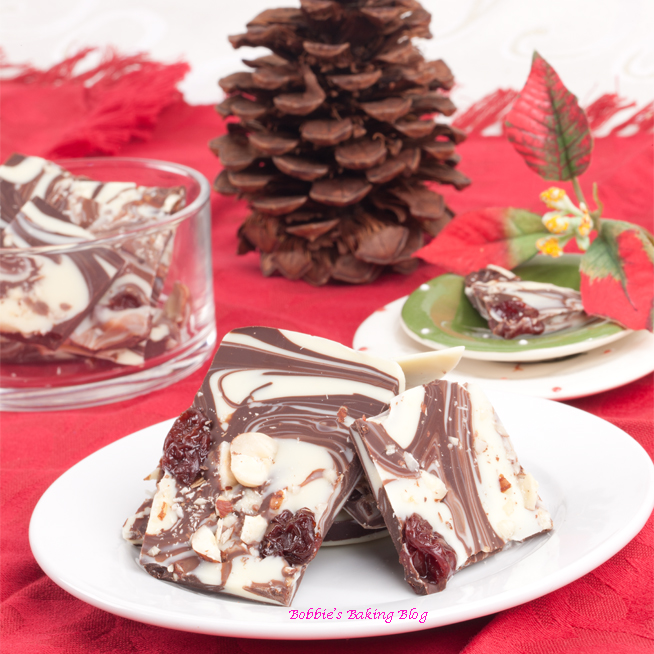 Kids and adults will devour the marble bark 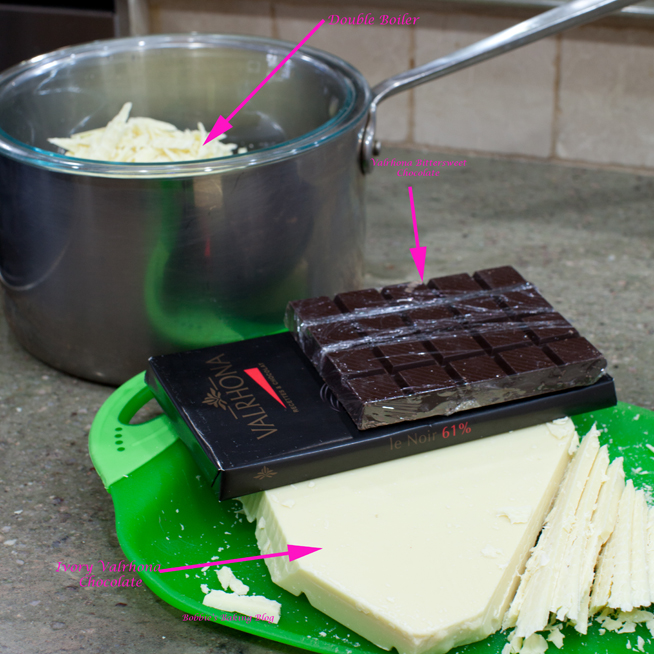 Melt both bittersweet chocolate and ivory chocolate in a double or bain marie. 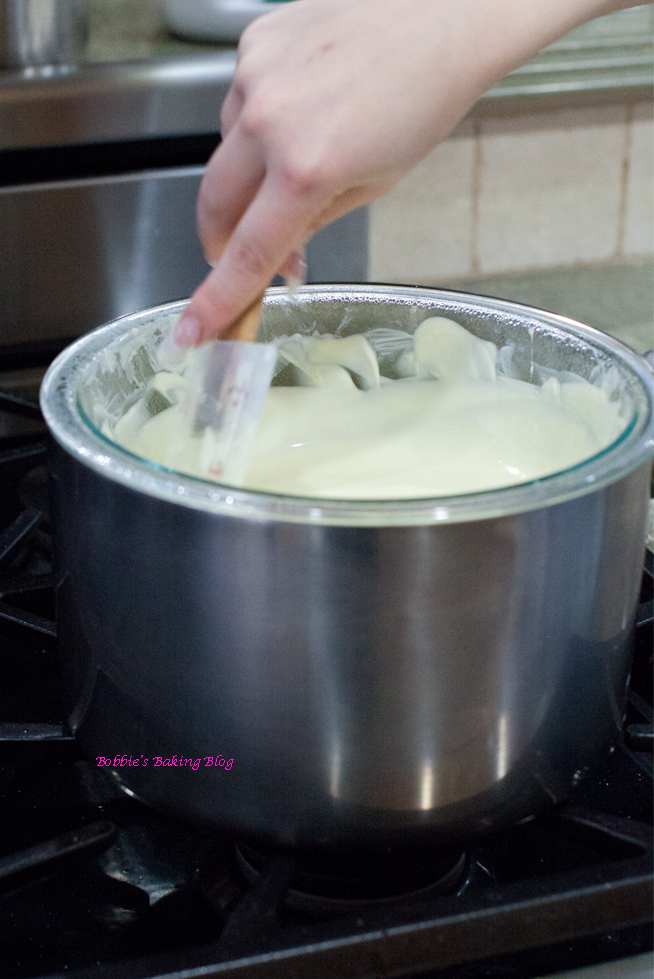 The chocolates will need to be tempered. I have found it is easier to temper if you melt the chocolate ¾ of the way, remove from heat, and stir with a rubber spatula (heat resistant). Add about 40 grams of each chocolate after the chocolate has been stirred until it is smooth. Repeat the process,stirring with the spatula till the chocolate registers between 26 to 28 degrees C/ 82 to 84 degrees F 28 and  for the dark chocolate, it should register between 28 and 32 degrees C/ 84 to 90 degrees F. 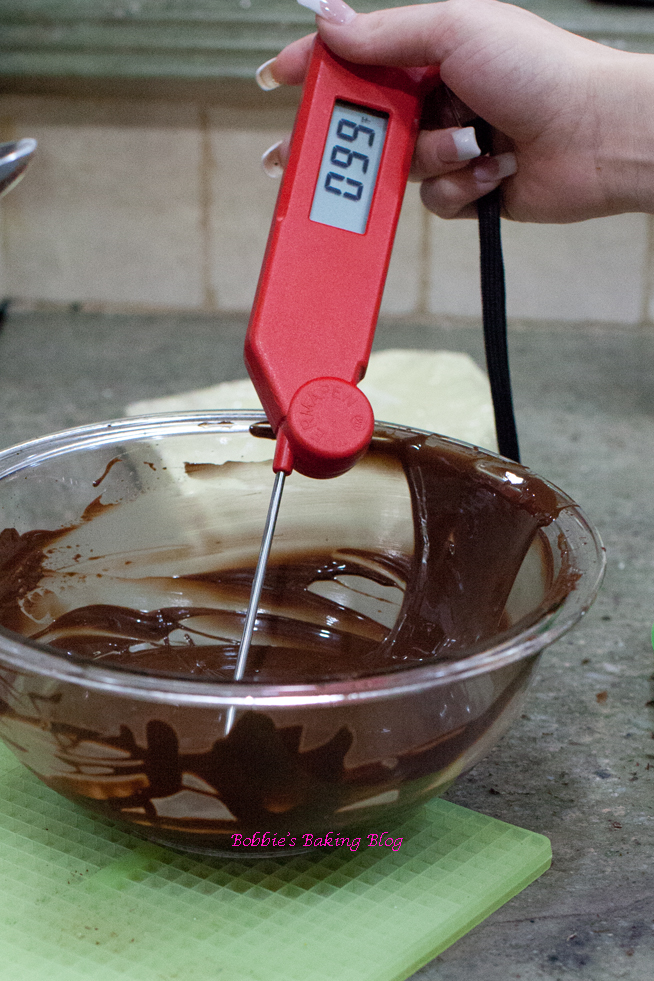 An accurate thermometer is imperative

Place all 340 grams/1 1/2-cups tempered ivory chocolate in the middle of a parchment paper lined jelly roll pan, on either side of ivory chocolate place 170 grams/ 3/4-cup of the tempered bittersweet chocolate. 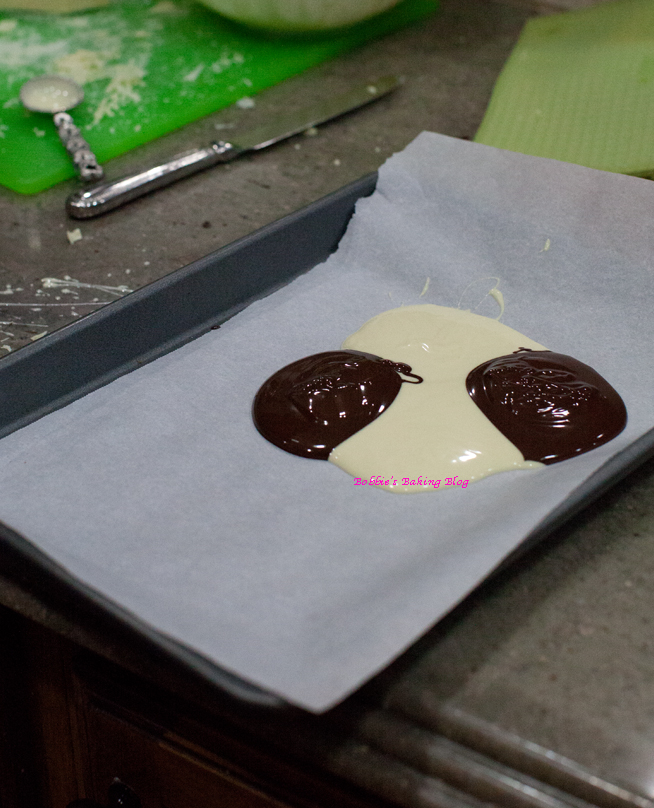 The chocolates should resemble this photo

Using a regular butter knife draw swirls through both chocolates. 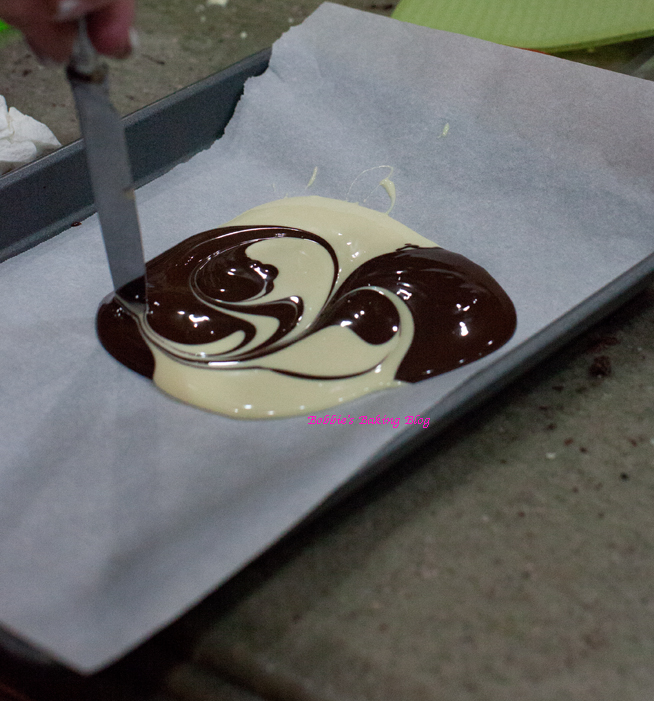 Swirl the bittersweet chocolate into the ivory chocolate

Swirl the chocolates to your liking and top with roasted hazelnuts and dried cranberries. 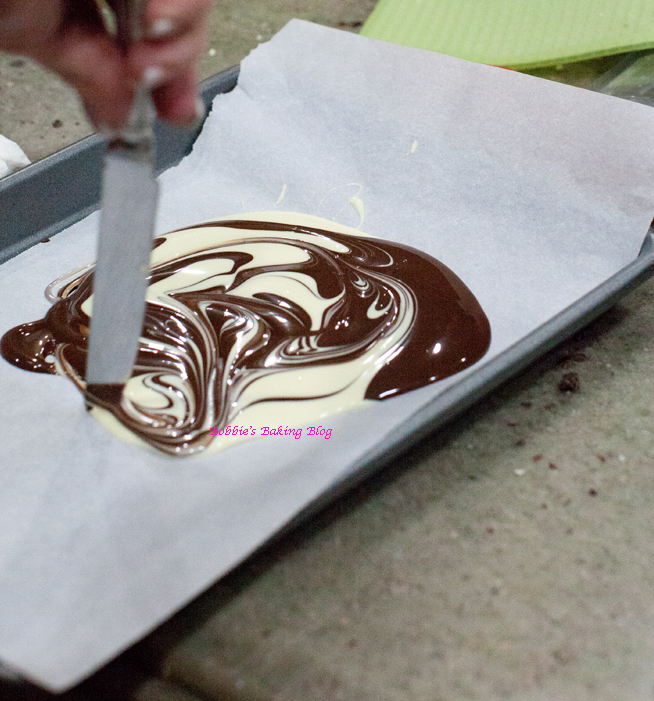 Be careful to not over swirl into one color

Place the bark on the jelly roll pan in the refrigerator for 1 to 2 hours, or until solid and break into shards. 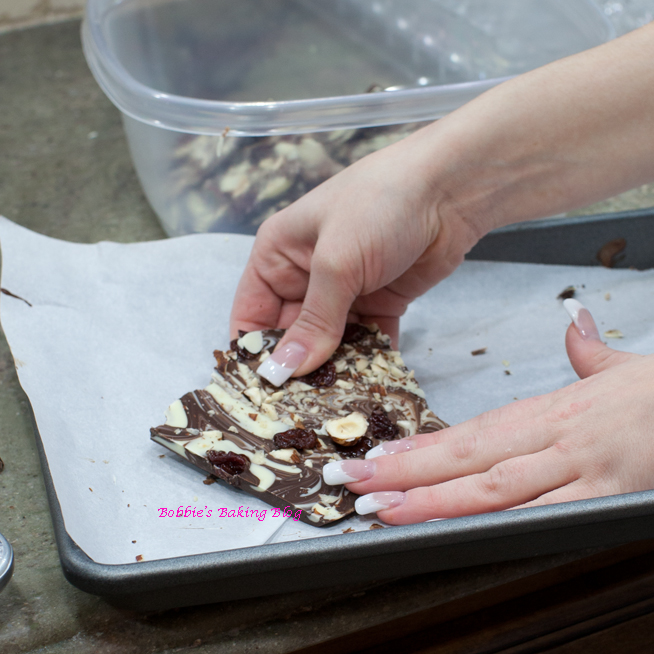 You might want to prepare a double batch; these go fast

Have a Happy Chanukkah celebration and may your dreidel land on Gimel! 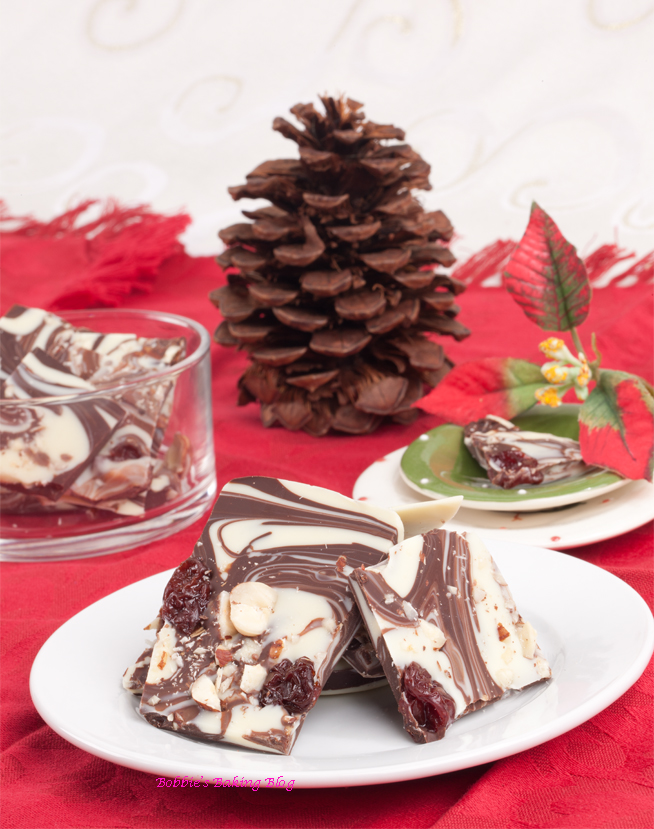