The Start of the Holidays; How We Keep Christmas in Our Hearts 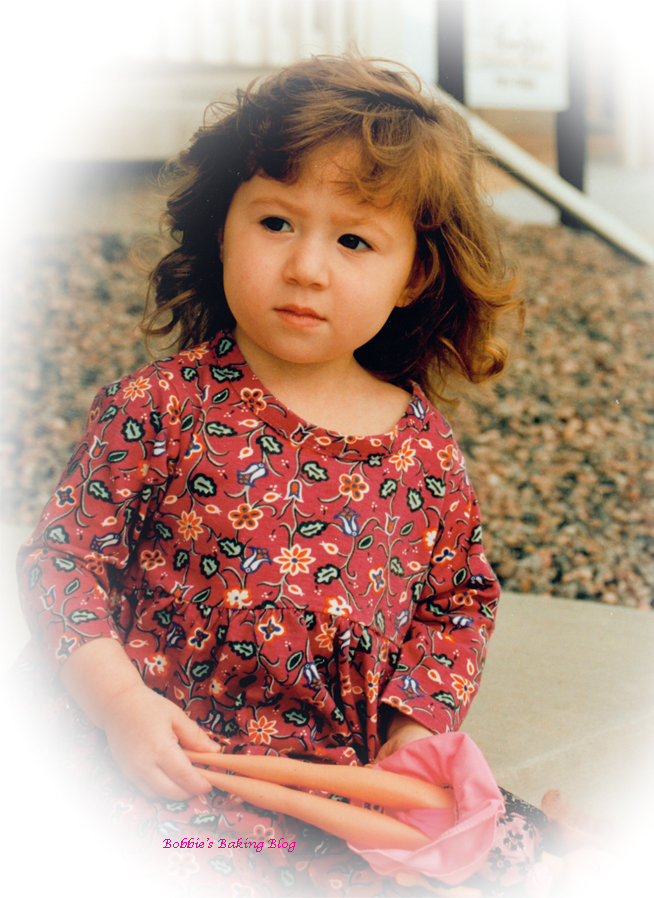 What is she thinking?

This picture was taken two days after Thanksgiving 1995; we were having one of those sunny 50 degree days. Sydney and I were waiting outside for another family (we are still friends with to this day). Every year until Sydney was ten we all would go to Santa’s village in Manitou Springs, the highest fairest wheel in the US resides there (before you go checking my facts, it is the highest because the wheel was built on a mountain). The village has kid friendly rides and a very jolly Santa. We generally would stay for most of the day, drive up to Castle Rock for the star lighting, dinner, and baking sugar cookies. It was a great way to start the holiday season.

I remember thinking I wish the whole season could be this laid back; however Sydney was blessed with being the first grand child, niece, actually she was the first child to be born in my generation of family and friends. She was showered with attention, love, and more gifts then any child could handle at Christmas. The year prior my mother tried to out do Santa, Sydney became sick from all the excitement: she was overwhelmed. I vowed the next year I would lay some ground rules. Of course I did not want to insult anyone who loved her, but at the same time I was not going to raise a spoiled, uncaring child, who thought the holidays were about her.

I started another tradition that year, that continues today. I am not a “black Friday” shopper (I become overwhelmed) so the Monday after Thanksgiving I told Sydney we were going to Toys R US. She was to choice gifts she thought other little girls and boys would enjoy. We then went to pick out Christmas wrapping paper and headed home. Once we were home I took all the toys, wrapping paper, and tape, together we wrapped the gifts. It was at this point she asked if she could place them around our Christmas tree; I began to explain we were not keeping the gifts, but giving them to less fortunate little boys and girls. She looked at me for about two minutes, grabbed the large bags from Toys R US and tried to put the wrapped gifts in the bag. When I asked what she was doing, she said “mommy we need to be able to carry the gifts to the car.” I had already arranged with the Sacred Heart Shelter to bring the gifts.

After we dropped the gift off I thought Sydney might feel sad, she was only three at the time, I was so off base. She was excited and asked “can we  go shopping again for more kids?” I told her we could start a family tradition and next year we would buy more gifts. Sydney and I still go shopping the Monday after Thanksgiving (she adds her own money to the purchases) and  bring wrapped gifts to the children. She has since confused to me: giving and wrapping gifts is one the events she looks most forward too during this time.

That year Sydney had a peaceful, happy Christmas and she learned that there was more to the holidays than the presents she received.

Start of the Holiday Recipe: 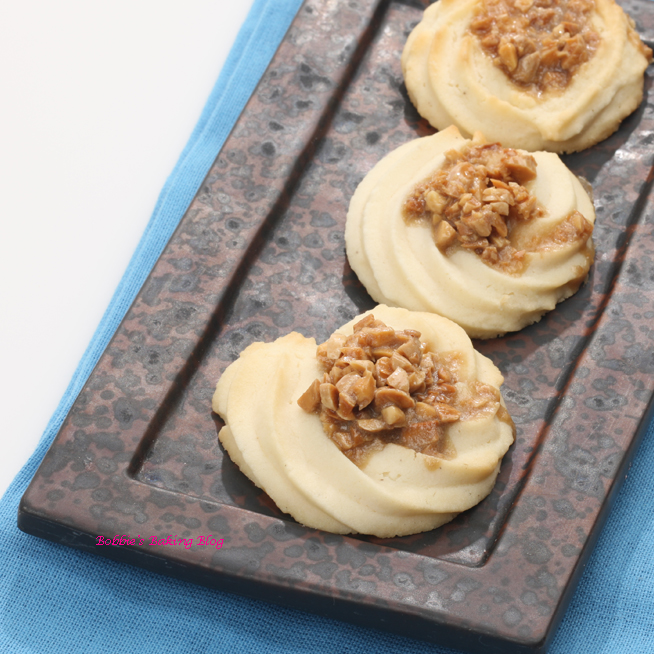 In the bowl of a standing mixer, with the paddle attachment, cream the butter and vanilla seeds on medium speed for about 2 to 3 minutes. Add icing sugar and salt continue to beat on medium speed till the mixture is creamed. Begin adding the egg whites with the mixer still on medium speed, turn the mixer down to low and slowly add the sifted flour-icing sugar mixture till completely combined.The batter should be thick and firm.

Place the Romias batter in a pastry bag fitted with the sultan tip (or large star tip) begin to pipe on prepared bake sheets or jellyroll pans, set aside and begin preparing the filing.

In a heavy bottom saucepan bring cream, inverted sugar, glucose, demarara, and silvered almonds to a boil over medium-high heat. Once the sugars have completely melted  remove from heat. Using a 1-teaspoon ice cream scoop fill the center of the Romias with the almond nougat.

Bake for 8 to 10 minutes, the cookie should just be slightly browned and the center caramelized. Leave the Romais on the jellyroll pan to cool. Store in an airtight container.