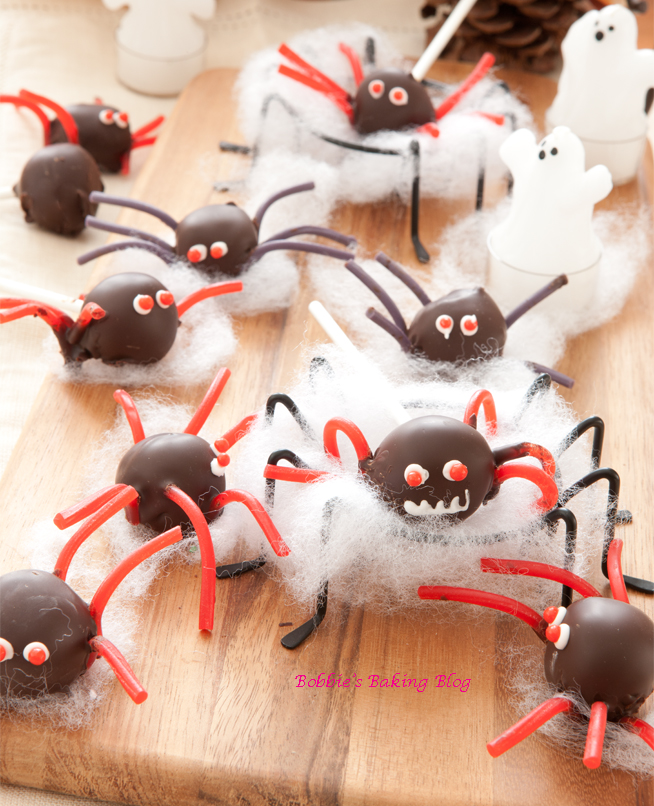 They are quite decant tasty crawling creatures and spiders

I am going to take a moment to show you what I woke up to this morning, and due to the drastic drop in the barometric pressure I have a migraine. Thank goodness chocolate has caffeine and caffeine helps migraines…guess what I am snacking on… 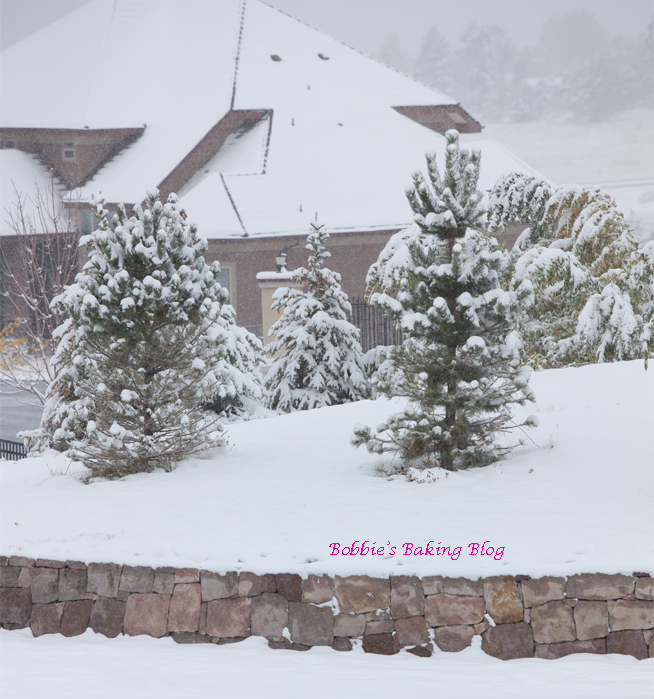 Christmas is just around the corner

While dipping the the Dulce de Leche truffles, Sydney and I thought we would turn about a third  into truffle pops. Once the lollipop sticks were in place Sydney thought the kids would have fun if we turned them into spiders, but we could not find black rope licorice  so they are crawling creatures (I think they are cuter anyway). 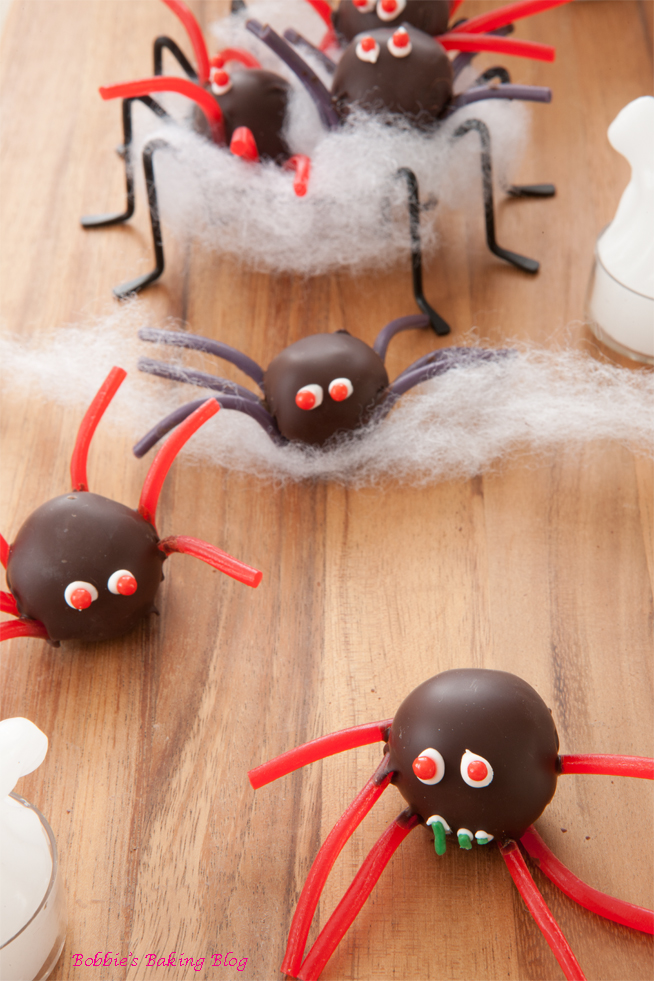 Rope licorice, black for spider, any other color for creatures, we used red and purple

Candy jimmies, for teeth, any color 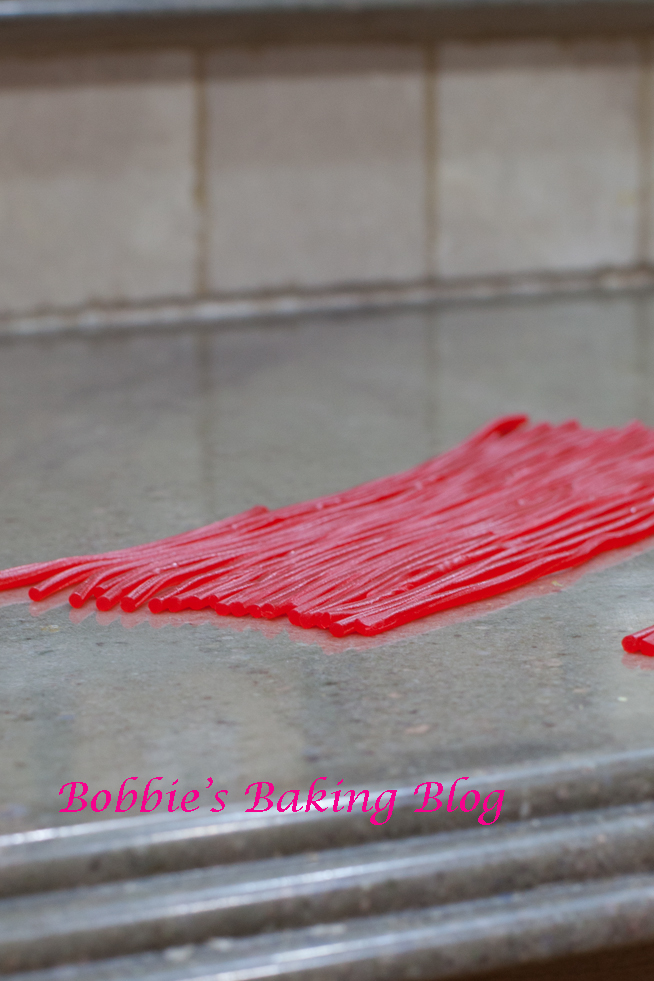 Evenly line the ropes next to one another 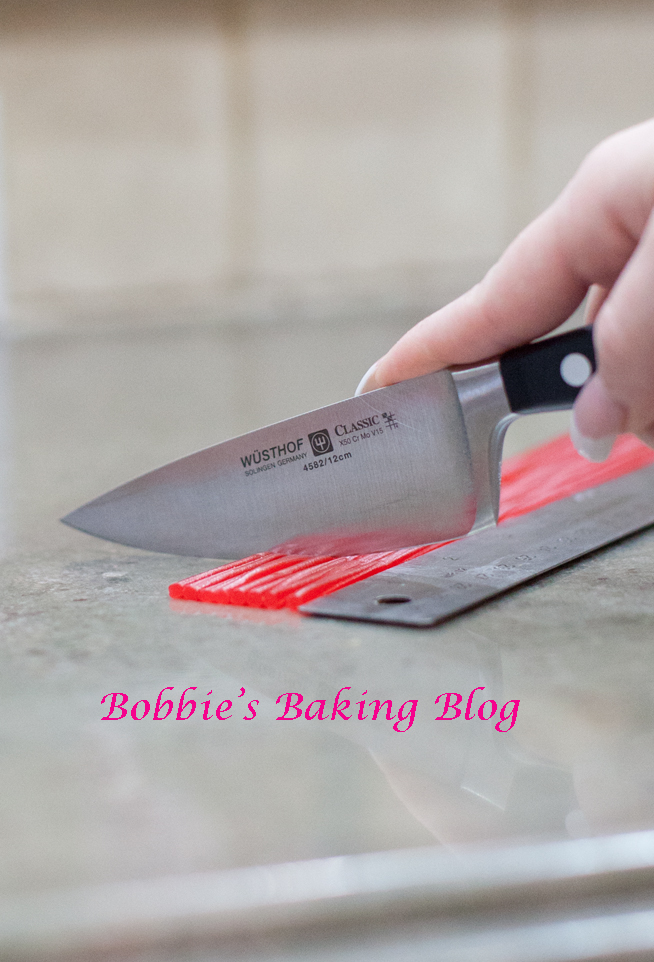 Use a sharp knife to cut the legs evenly

Place the truffles onto a cooling rack over a jelly roll pan and quickly attach the legs before the chocolate sets. 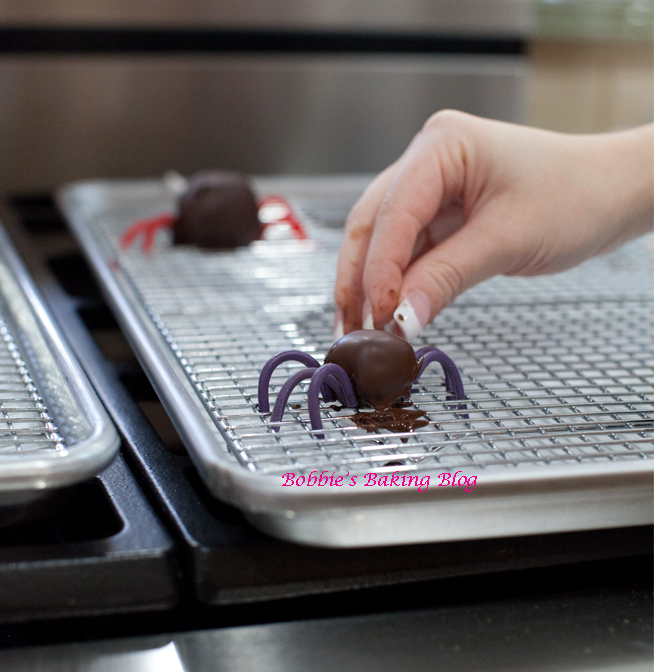 This is a messy job, but someone has to do it! 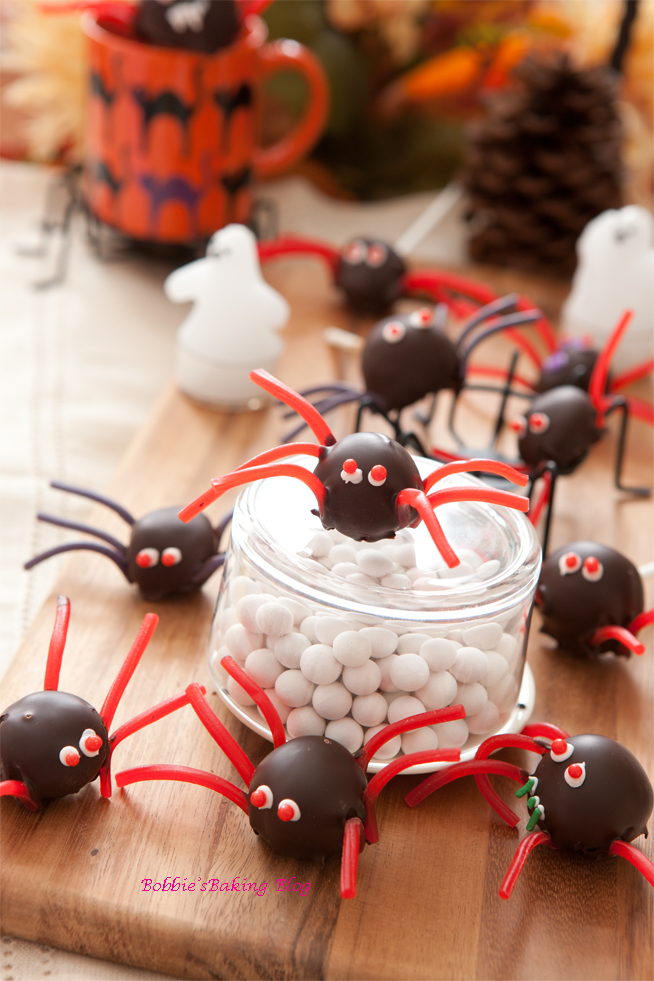 What child or adult could resist these creepy crawling bugs

When the chocolate has completely set carefully pipe white royal icing circles in between the first two licorice legs, these will be the eyes. Using food safe tweezers place a red candy ball into the center of the royal icing, these are the eyeballs. 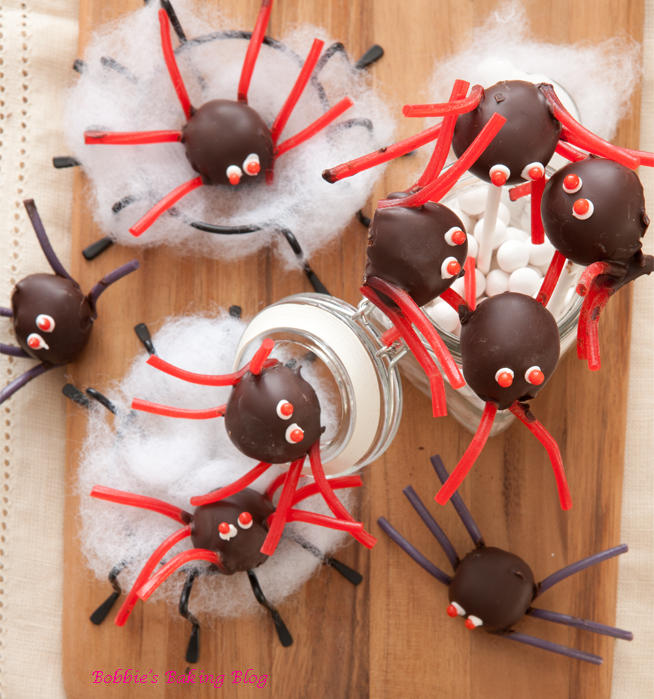 Take caution when decorating the shell is fragile; don't hold the truffle too hard or it will crack 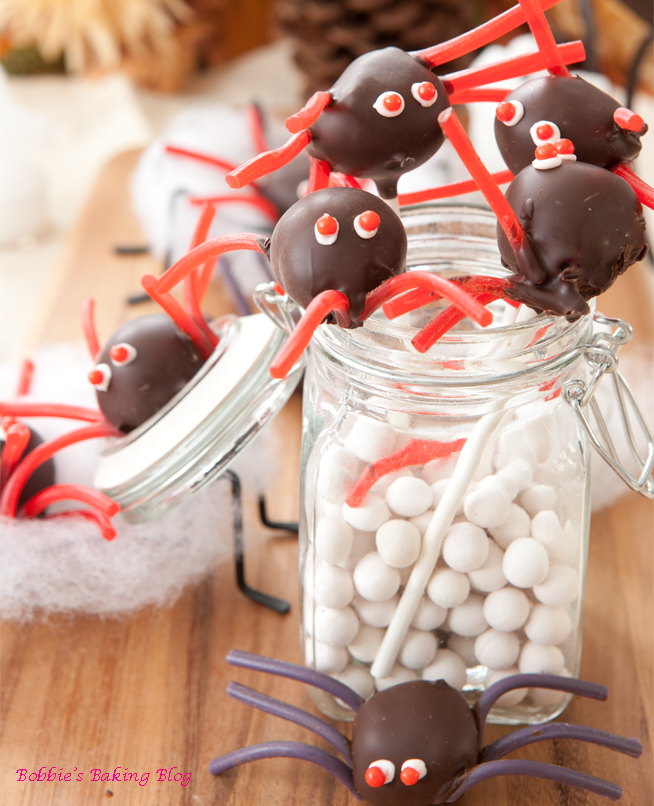