I'd Do Anything For You, My Little Framboise Dreammallow 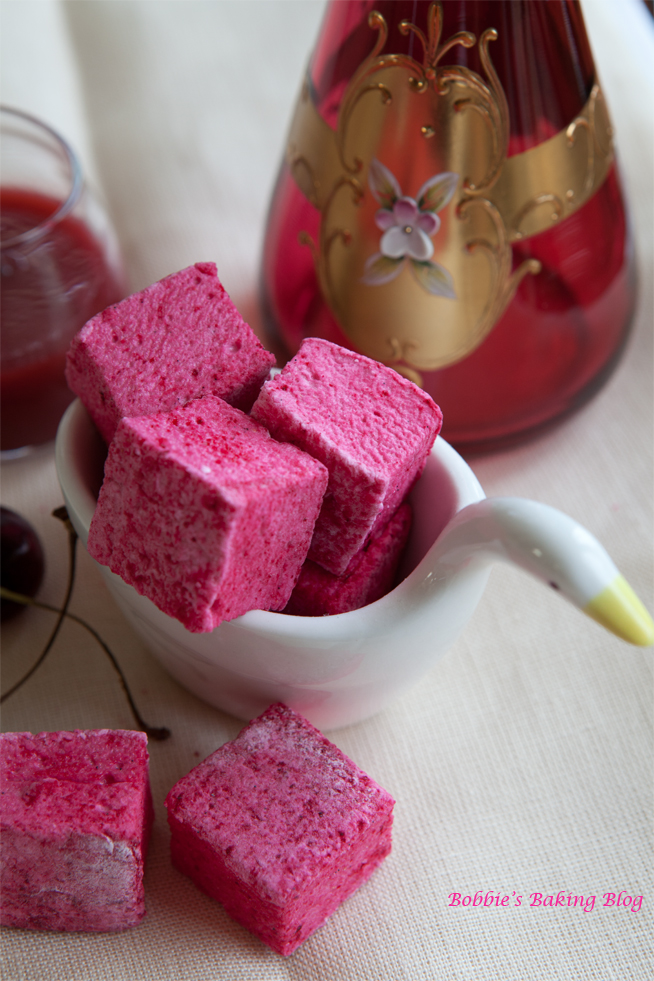 Sydney and I share the same weaknesses for marshmallows (dreammallows as we call them), NCIS and the “Dawn” duck commercial. Law of averages the “Dawn” commercial must air about five times when we watch an NCIS episode together; without a doubt we are both touched and always say the same thing to each other each time the commercial comes on while watching the television . Coincidentally Monday we were craving marshmallows, we decided to create Raspberry-Vanilla Dreammallows while watching NCIS, and the “Dawn” commercial aired. Sydney looked at me as she proclaimed we need to put the finished dreammallows into our duck measuring dish and photograph them. 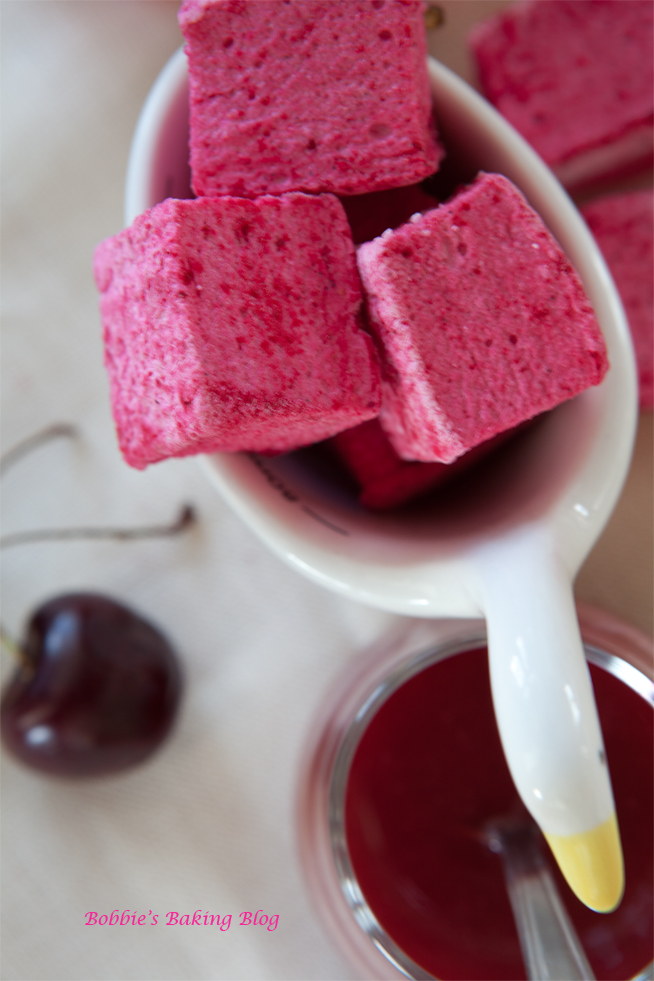 The little duck seems to be drinking the Raspberry Sauce

Being a mom who would lay down her life for her amazing little girl (yes, I know she is an adult, but to me she will always be MY little girl), the commercial effects me differently than it effects Sydney. Besides feeling horrible for our wildlife, I can’t fathom her enduring any type of harm. The “Dawn” baby duck tears at my heartstrings in a way she cannot understand.

I picture her visiting me, when I am 90, with little ducklings of her own, as we eat marshmallows together in front of the television. 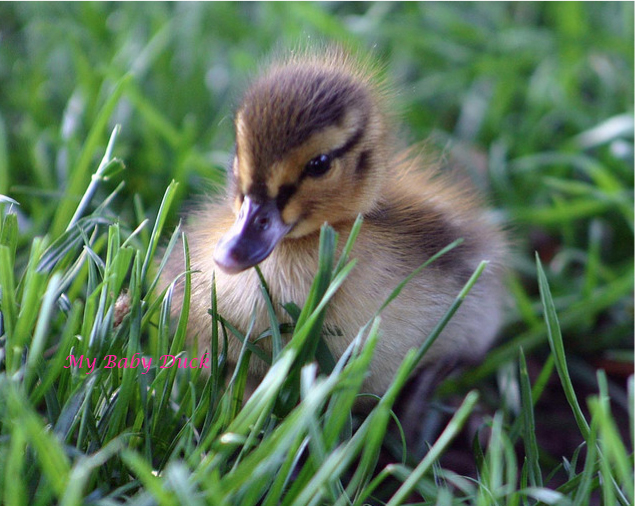 Homemade marshmallows are as easy as 1-2-3 to create;  to be honest Sydney had never eaten a store bought marshmallow till she was six and celebrating at a friend’s birthday. When I came to retrieve Sydney from the party the mother of the birthday girl asked me if Sydney had ever experienced s’mores?  “Of course,” I answered, perplexed until a little later when Sydney described she had to remove the “white sponge” from her s’more. Just then I experienced an “aha” moment, the next time her friend visited our house, I planned for all of us to create marshmallows.Since that faithful day her friend, now nineteen, has never eaten a store bought marshmallow. They are still good friends, and we reminisce often about the s’mores. 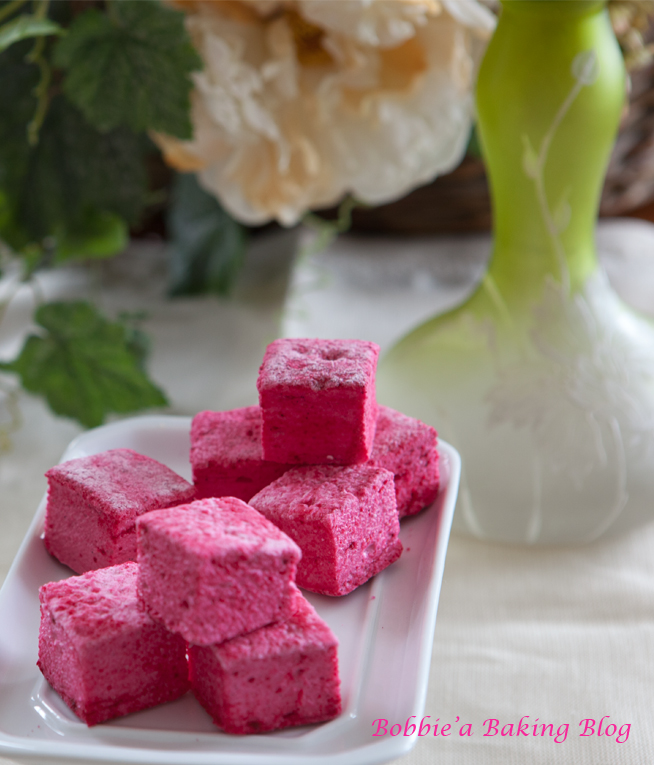 Prepare your mise en place, line a square 20 by 20-cm (8 by 8-inch) baking dish with parchment paper and sift icing sugar with cornstarch liberally, leaving half the cornstarch mixture for the top of the Dreammallows.

Place the gelatin into a bowl along with ½ cup of ice cold water.

In the bowl of an electric mixer, pour in the egg whites, egg white powder, a pinch of salt and beat on low speed until frothy. Add the cream of tartar, if not using a copper bowl.

When the syrup reaches about 104 degrees’/ 220 degrees F (see below), raise the speed of the standing mixer to medium and beat the egg whites until they are thick and fluffy (do not overbeat).

In a small saucepan combine the other ½ cup of warm water, granulated sugar, corn syrup and salt. Place over medium high heat, cover and allow to cook for 3 to 4 minutes. Uncover, clip a candy thermometer onto the side of the pan and continue to cook until the mixture reaches 116 degrees C/ 240 degrees F. Once the mixture reaches this temperature, immediately remove from the heat.

Reduce the standing mixer on low speed and, while running, slowly pour the sugar syrup down the side of the bowl into the meringue, place the gelatin into the STILL hot sauce pan, melt the gelatin, and add gelatin to the meringue  mixture. Once you have added all of the syrup, increase the speed to high, add the vanilla seeds, framboise, raspberry powder, colorant, and 10 grams 3-teaspoon superfine sugar .Continue to whip until for approximately 7-9 minutes.

Add the vanilla bean and flavoring of choice during the last few minutes of whipping.

Allow the marshmallows to sit uncovered for at least 4 hours or up to overnight.

Invert the marshmallows onto a guitar or a cutting board and cut into 1-inch squares using a pizza wheel dusted with the icing sugar mixture (if not using a guitar).

Once cut, lightly dust all sides of each marshmallow with the remaining mixture, using additional if necessary.

Store in an airtight container for up to 3 weeks. 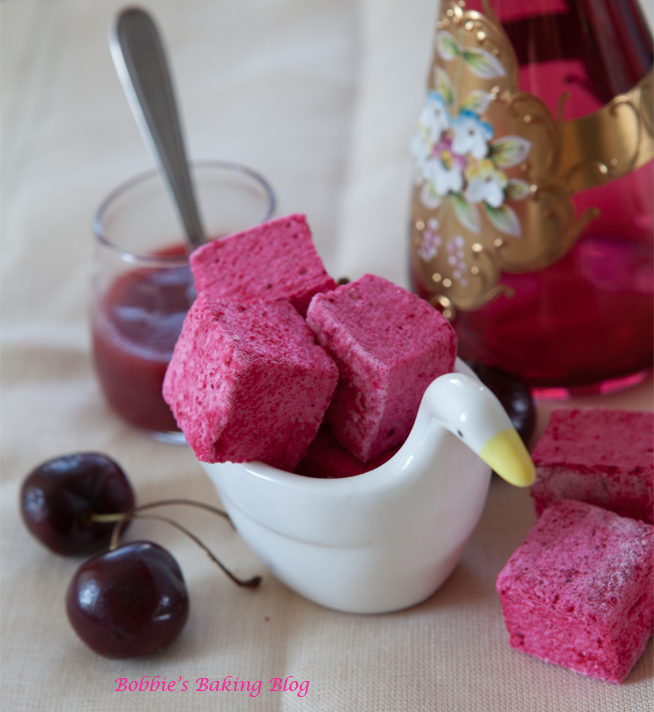